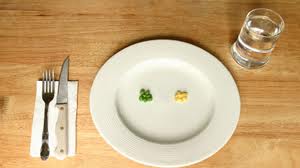 Do you know that it’s Eating Disorder awareness week?  I’m showing my support to something that I’ve battled for over a decade by sharing my journey with you. The rate of eating disorders is increasing, which is so sad.  It’s a very difficult challenge to overcome unhealthy body image and unhealthy relationships to food.

Much of the issue with eating disorders goes beyond control issues, although it has a large part in the cycle.  It comes down to relationships!  It’s starts with the relationship that we have with ourselves first.  That is where the healing happens when we heal the broken idea of who we think we are supposed to be, what we are supposed to look like.

For me it was all about a stupid freakin number on the scale.  I was only okay with 100, if it was above I was devastated and vowed to make up for it and if it was less then I was thrilled.  How can you base your happiness on a number on the scale?  Well, you can’t that is the truth.

Your weight does not determine your worthiness!

The cornerstone for me happened in my very first yoga classes.  I was in a horrible place when my feet first touched a yoga mat and I am so grateful since I’m not sure I would be here if I didn’t choose a path that gave me healing, forgiveness, permission to not be perfect, and that my body deserves to be nourished with healthy, happy food, every day!

Every time I practiced I received messages that I was enough, I was whole just as I am and I still get that today when I practice.  Bulimia and anorexia are part of my past, would I say that I’m fully 100% over it, no, I wouldn’t because I’m not.  I am in a much better place and my days don’t start with a weigh-in but rather a yoga practice.

I’m not saying that yoga works for everyone that is suffering from these horrible issues, I’m saying it worked for me because I dove right into yoga and I’ve never looked back.  I don’t just robotically move through poses but instead I fuel each pose like it was a prayer to my body, the shrine, the temple, the Goddess!

I had to shift the relationship that I had with myself to see that I was more than my weight and that didn’t determine if I was worthy of love or friendship.  My heart truly goes out to the millions of people that struggle with eating disorders.  It astonishing how many people are effected by this every single day, week after week, year after year.

Here are some things to think about today and this week!!

This information comes from an American site (http://www.state.sc.us/dmh/anorexia/statistics.htm)

Many people reached out to me to try to help me but I realized now that I couldn’t handle my relationship with them in that capacity until I came to terms with it myself.  It was a slippery slope for a while but I managed to get strong inside my heart and on the outside through major amounts of intention infused yoga practice that was mostly all done in my bedroom with books.

Again, I can’t offer this enough but my heart truly goes out to you if you suffer from these types of daily challenges and if you are close to someone that suffers from an eating disorder since I know how difficult and helpless it feels to watch it happen.

May we all find peace in our hearts and recognize that life is a gift and each one of us is worthy, unique and important.

2 thoughts on “The Challenging Road of Eating Disorders”