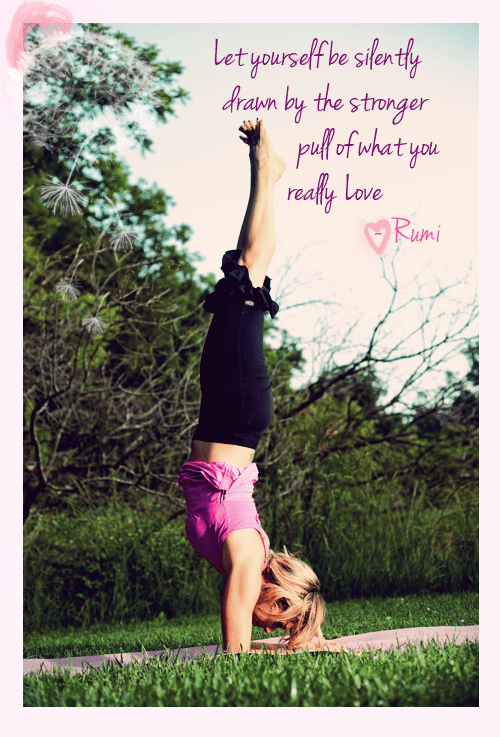 International Yoga Teacher Mindy Willis-Menard has been sharing her fanatical love of yoga for almost 20 years.  Yoga went straight into the heart of the matter for Mindy in her first yoga class.  Since then she has been a deeply dedicated student and teacher of yoga.  After having her own studio for 7 years Mindy became the Yoga Director at LIVE360 in London, Ontario.  After creating Align and Shine Yoga in 2012 she has been leading Yoga Teacher Training in Ontario and offering workshops and classes.

Growing up in Thunder Bay, Ontario Mindy’s love for the outdoors and adventure are mingled into her yoga classes.  When she’s not on her yoga mat you can find Mindy climbing up mountains, snowboarding, surfing, slack-lining, hula hooping, on her road bike or bouldering.

Beyond her zest for outdoor adventure she is also deeply passionate about healthy food and animals, particularly her Frug, French bulldog/pug mix Mrs. Betty and her husband,  all keep her busy and inspired.  Mayla Maxine Ann Menard joined the tribe at 12:14pm on February 10, 2014 and has become her most important yoga teacher.

Mindy has travelled abroad to study with many brilliant and skilled yoga teachers.  Her true appreciation of yoga lies in heart and alignment based teachings, mainly Anusara yoga but also has studied with many other styles. You can expect to hear refined alignment cues that allow the postures to feel better, to create less pain and more joy.  Each class is centered around a helpful theme and classes not only speak to the student’s bodies but also touch their hearts.

Her love of yoga runs deep and has also led her to create the Acro-Yoga London Jam community, yoga teacher training, workshops, classes, privates and retreats.